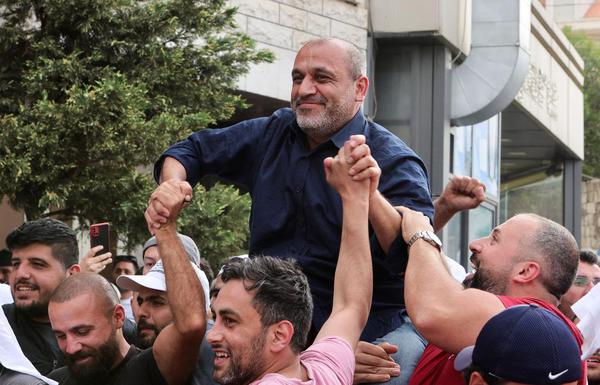 Thirteen candidates inspired by the 2019 protest movement have been elected, making them the fifth largest bloc in parliament. 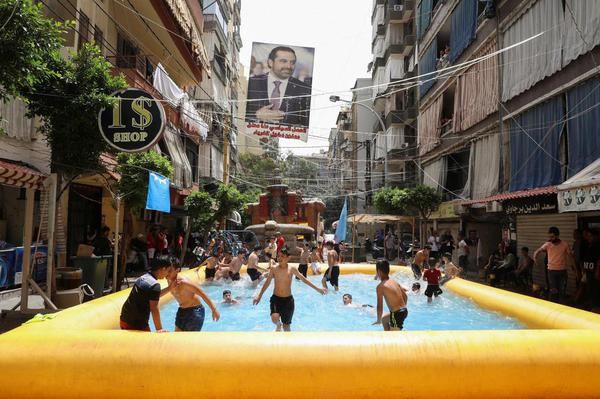 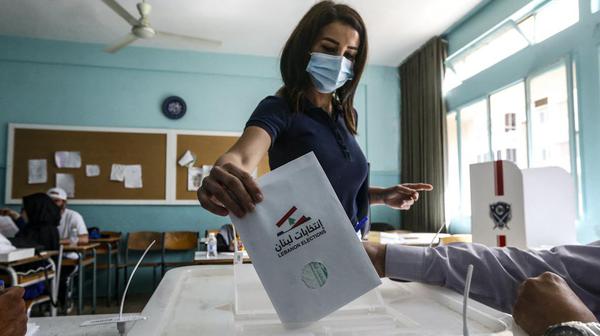 Low voter turnout comes as a disappointment to many who believed the country's crippling financial crisis would drive more voters to the polls. 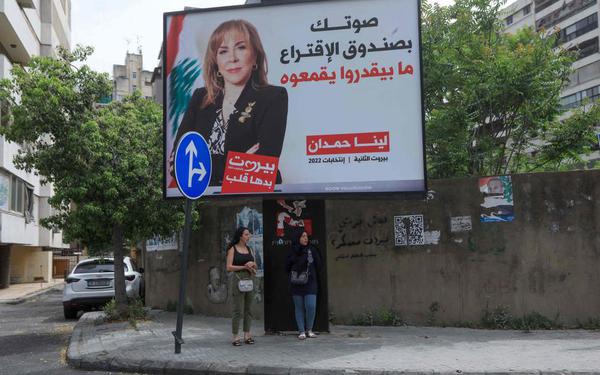 Lebanon goes to the polls on Sunday for the first general election since a severe economic and political crisis hit the country in late 2019. 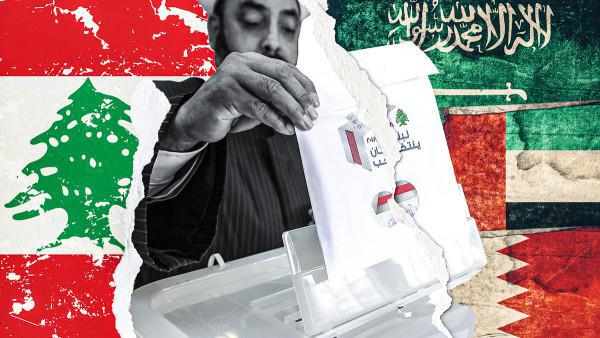 Why Gulf states are rekindling ties with Lebanon

Saudi Arabia, Kuwait, and Yemen in April announced the return of their ambassadors to Lebanon, while the United Arab Emirates (UAE) and Bahrain have yet to return their envoys to the country. The re-engagement came after diplomatic tensions had escalated in October 2021 following Lebanese information minister George Kordahi's criticism of the Saudi-led coalition's war in Yemen. Although Kordahi made those comments before being appointed minister, Saudi Arabia and other Gulf states withdrew the 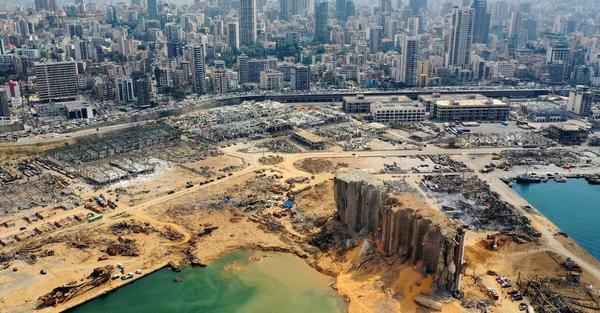 Families of the victims and activists say the Lebanese government is in an undue hurry to bring down a massive symbol of the 2020 Beirut port explosion and the negligence behind it. 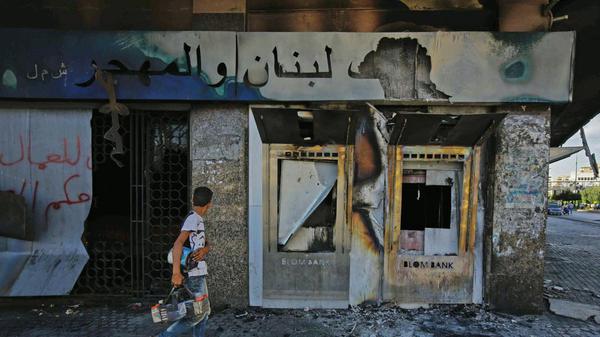 Lebanon: What is driving the judiciary's recent actions against banks?

Increased judicial scrutiny over the banking system raises questions around the motivation and timing behind recent actions against banks. 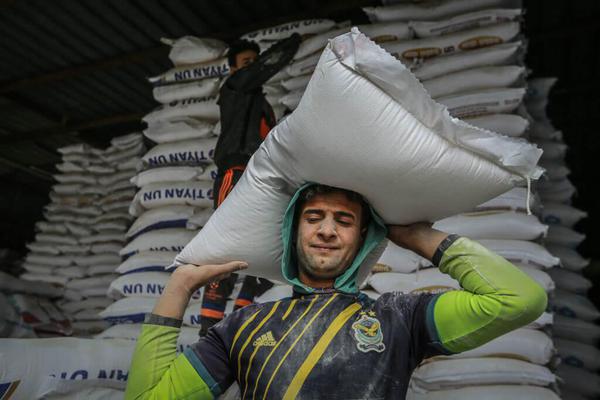 How the Ukraine War Impacts Food Security in MENA

Following the Russian invasion of Ukraine, several MENA countries announced that the war could cause a wheat shortage. 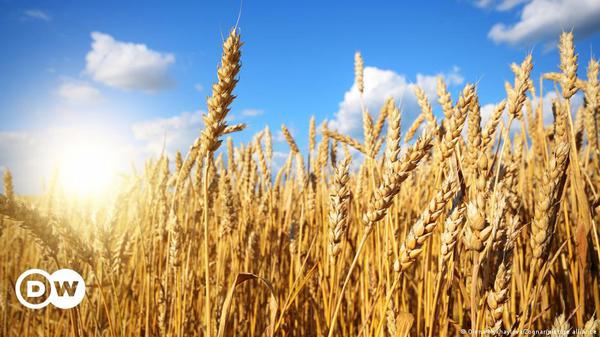 The invasion of Ukraine and the ensuing sanctions imposed on Russia have European nations worried about access to natural gas on which they have long depended. The conflict has increased pressure on energy resources, driving up the prices of oil, gas, coal and other commodities. But the war in Ukraine could hit more than just energy supplies in Europe. Global food security is also at risk. In particular, it could disrupt the wheat supply chain in several Middle Eastern and North African (MENA) 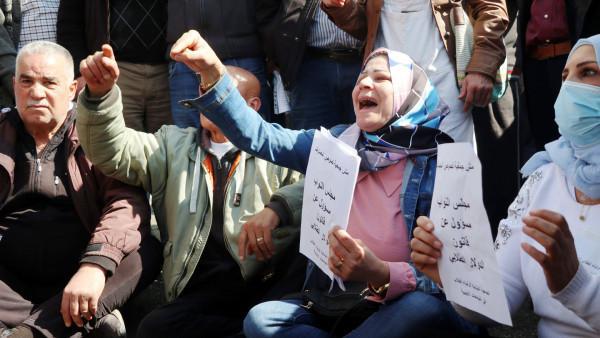 Hapless victims: Lebanese students in Ukraine caught in no man's land as Russian war rages on

In the early hours of Thursday morning on February 24, Russian President Vladimir Putin declared the start of a "special military operation" in several Ukrainian cities. The attack followed months of speculation about Russia's intentions as it massed tens of thousands of troops on Ukraine's border. These hectic hours became crucial for foreigners in Ukraine to understand what to do: to remain or to leave. But for Lebanese students studying in Ukraine, the situation became more burdensome due t 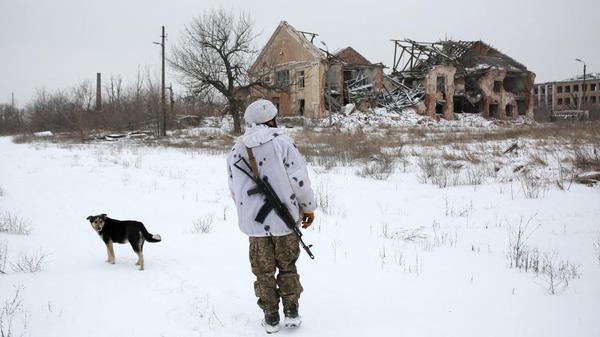 Thousands of Arab students stranded in Ukraine as Russia attacks 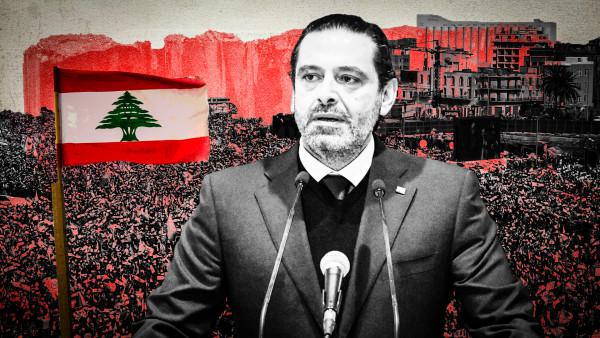 Who will fill Saad Hariri's void in Lebanon?

Leader of the Sunni-majority Future Movement party and former prime minister Saad Hariri announced on 24 January that he will not run in upcoming parliamentary elections scheduled for May 2022 and is withdrawing from Lebanese politics. In a TV speech, a red-eyed Hariri, speaking behind a portrait of his father, Rafik Hariri, who was assassinated in 2005, said he had decided to suspend all of his roles in political life. "I am convinced that there is no room for any positive opportunity for Leb 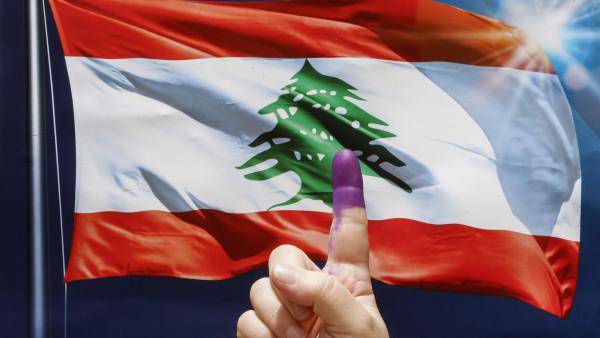 Lebanon's 2022 elections: What to expect from the diaspora vote

Lebanon has experienced several waves of emigration over the course of its modern history. Although it is hard to track the exact numbers of Lebanese living abroad, it is a common opinion that there are more Lebanese around the world than in Lebanon itself. It is estimated that around 10-15 million Lebanese live abroad, while only 6 million live in Lebanon. The Lebanese diaspora has significantly contributed to Lebanon's economy over the past decades, as the economic remittances from expats ha 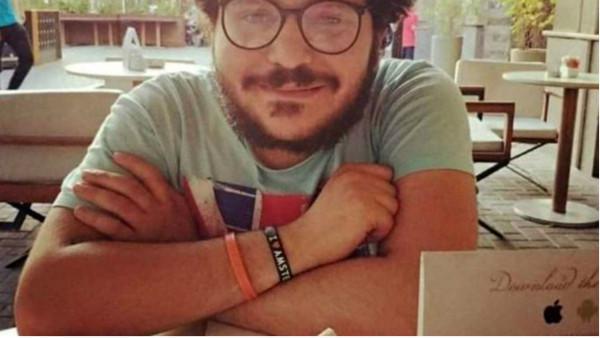 In the shadow of Regeni, Italy must pressure Egypt over fate of imprisoned student

Patrick Zaky, 29, was flying from Italy to Cairo to visit his parents in his hometown of Mansoura. He was a student of Gender Studies at the University of Bologna, Italy. Also, he was an activist with the human rights organisation, Egyptian Initiative for Personal Rights. Following his arrest, Amnesty International's spokesperson in Italy Riccardo Noury the researcher was "at risk of prolonged detention and torture". This claim was also confirmed by Patrick Zaky's lawyer, who said he was beaten 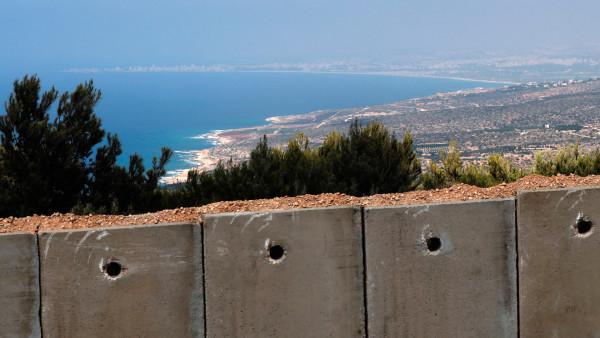 But to work on the seabed of the Levantine Basin to extract hydrocarbon resources, Lebanon will first be required to sit down for unprecedented talks with Israel. Although still in a formal state of war, Israel and Lebanon will start negotiations over their maritime border dispute on Wednesday, 14 October - the first talks between the two sides in 30 years. US Secretary of State Mike Pompeo has described the talks as "historic", following years of US shuttle diplomacy. Representatives of the t 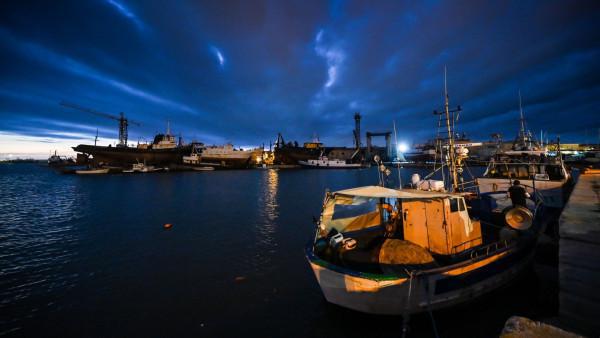 On 1 September, the Libyan coast guard stopped and seized two boats 35 miles off the coast of Benghazi. Eighteen people were on board the Antartide and Medinea fishing vessels, including eight Italians, six Tunisians, two Indonesians and two Senegalese nationals. After their arrest they were transferred to Benghazi, a region in eastern Libya controlled by warlord and self-styled Libyan National Army (LNA) leader Khalifa Haftar. They have been detained there ever since. According to internat 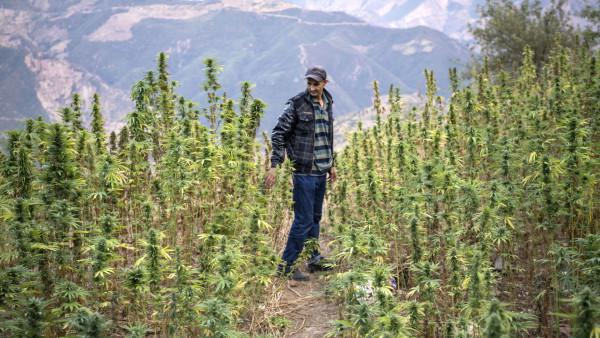 This is not the first attempt to legalise cannabis in Morocco. But unlike other efforts, this proposal has come directly from the sitting coalition government. By legalising cannabis, Morocco aims to attract global investment in medical and industrial cannabis companies. This investment would create new economic opportunity, but legal obstacles are not easy to overcome. Even if ratified by Parliament, the bill would require additional legislation to create a comprehensive regulatory framework f 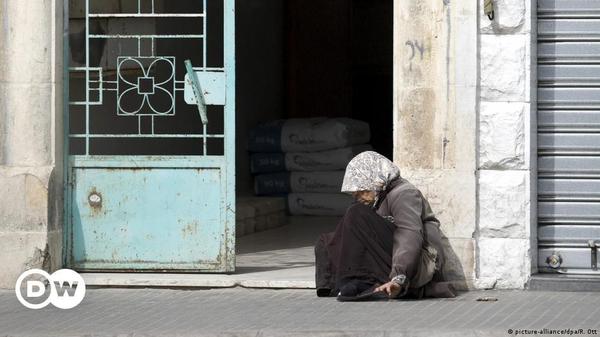 Lebanese Minister of Social Affairs Hector Hajjar recently announced the launch of a long-delayed ration card program and other temporary economic measures to offer some relief to Lebanese citizens trapped in poverty. The program is intended to help the most vulnerable families. The economic package is worth the equivalent of €492 million ($556 million). Some 700,000 households are to benefit. They are to receive up to $126 (€111) per month for one year. Eligible families have started applying 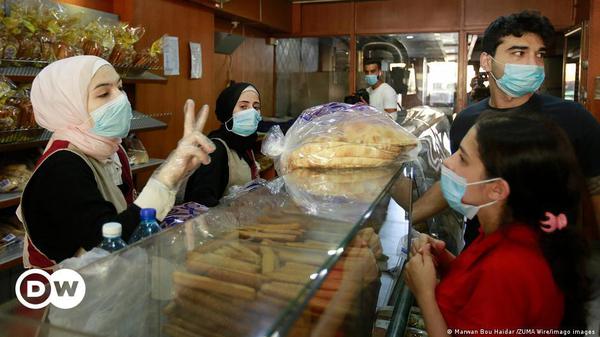 Lebanon is at the center of a political spat in the Gulf region. Diplomatic tensions escalated on October 27, when Saudi Arabia summoned envoys due to comments by Lebanese Information Minister George Kordahi about the war in Yemen. Kordahi, who is known to be close to the Iranian-backed Hezbollah militia, gave a television interview in August, two months before he was appointed minister. In the interview, which wasn't made public until October 25, he called the Yemen war "absurd" and "futile," 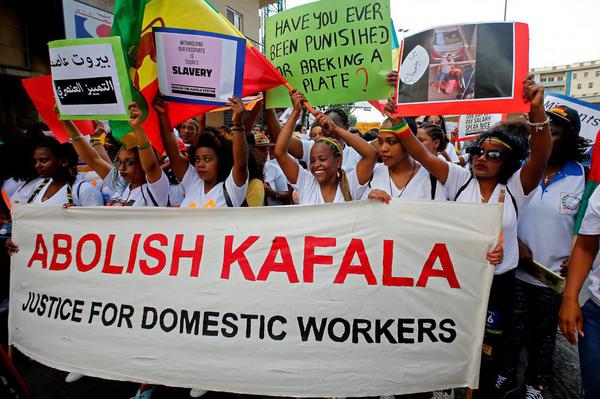 Story of MH is one of many cases of exploitation suffered by foreign domestic workers under hiring system in Lebanon.
Load More Articles
Close ✕