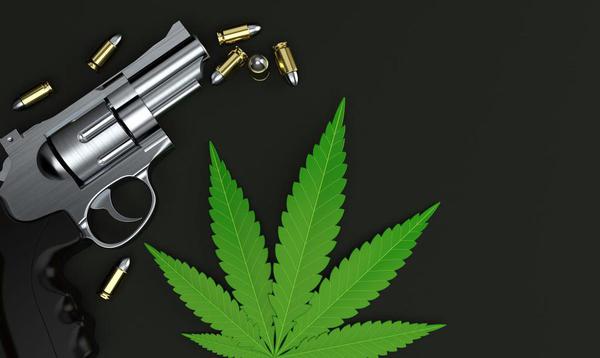 The ban on gun ownership for marijuana users in Oklahoma has been declared unconstitutional by a federal judge, as it violates the Second Amendment right to bear arms. U.S. District Judge Patrick Wyrick, on February 3, declared that an indictment against a man charged in August for violating a firearms ban was dismissed as it violated the Second Amendment of the U.S. Constitution. Jared Michael Harrison was taken into custody by Lawton police, Oklahoma, in May 2022 during a routine traffic sto 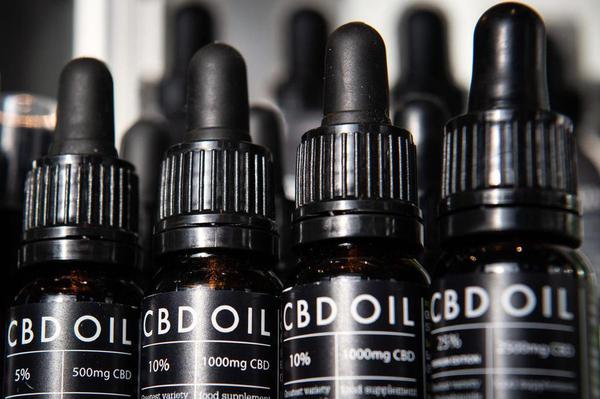 FDA Will Not Regulate CBD, Asks Congress To Act

The U.S. Food and Drug Administration (FDA) has announced that it will not establish regulations on CBD as a dietary supplement. After a "careful review," the FDA concluded that the use of CBD as dietary supplements still raises various safety concerns that require regulation. The agency suggests that Congress create a new regulatory pathway that balances individuals' access to CBD products with the necessary oversight to manage risks, adding it is prepared to work with Congress on this matter 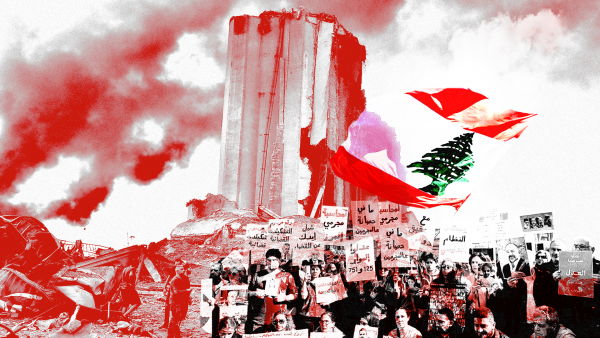 The war within Lebanon's judiciary over the Beirut blast

The investigation into the Beirut port explosion on 4 August 2020 has entered a fierce new battle. Head of the Beirut criminal court Tarek Bitar has unexpectedly restarted the investigation after a 13-month hiatus, entering into a confrontation with top judiciary bodies. The announcement was made following a series of protests in early January by relatives of the victims of the explosion and civil rights groups against the stagnation of the investigation and calling on judicial bodies to unbloc 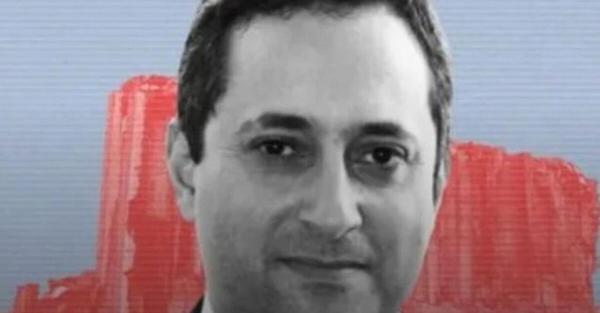 BEIRUT — Judge Tarek Bitar burst back onto the Lebanese political scene this week when he resumed his probe into the 2020 Beirut port explosion — ending a 13-month hiatus and bringing on new political challenges. The families of the port blast view Bitar as their last hope to uncover the truth in the explosion that killed over 200 people, ravaged Beirut, but with no yet being held accountable. Part of the political class, particularly those affiliated with the militant group Hezbollah and its a 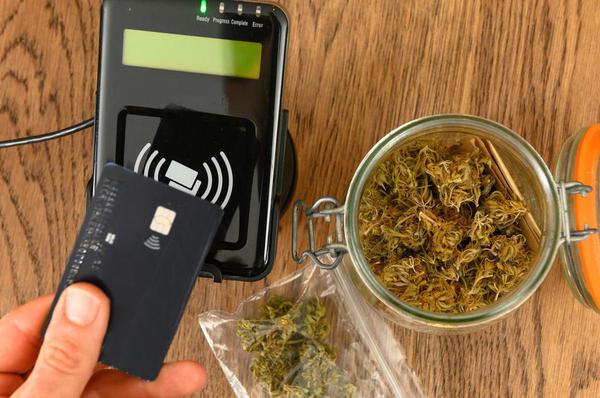 The SAFE Banking Act's Potential Impact On The Marijuana Industry

The Secure and Fair Enforcement (SAFE) Banking Act, a proposed legislation aimed at allowing banks to do business with companies operating legally within states that have legalized marijuana, had the potential to change the way the marijuana industry operates. Despite widespread support, the bill failed to pass in Congress, leaving communities at risk of crime and cannabis businesses operating solely with cash. But what could have been the impact of this legislation on the industry? The SAFE B 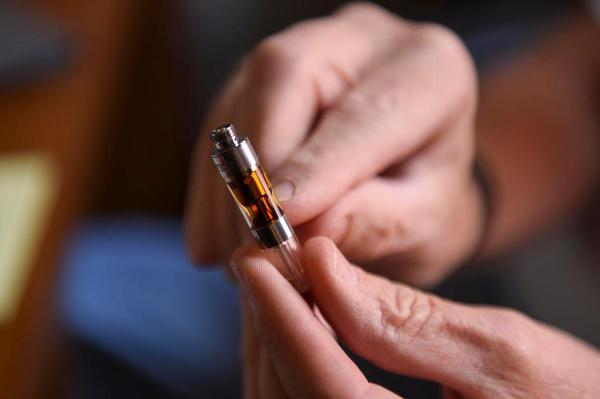 A recent study has raised concerns that products containing THC-O acetate may lead to another outbreak of the lung injury EVALI, similar to the one that occurred in 2019. THC-O acetate products have recently become popular due to claims that they produce stronger psychoactive effects than traditional marijuana and uncertainty about their legal status in the United States. However, a new study published in the Journal of Medical Toxicology has revealed potential health risks associated with the 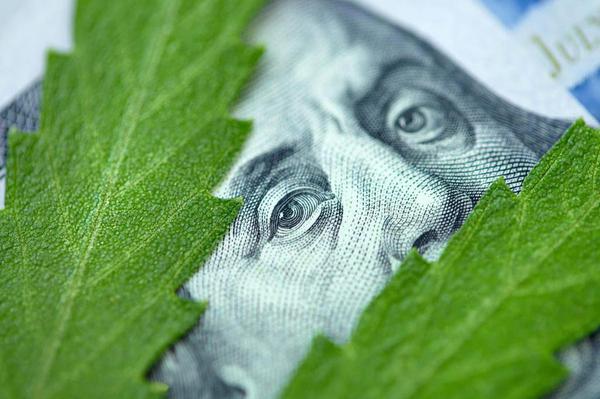 Delta-8 THC products have seen a surge in popularity in the past two years, resulting in over $2 billion in sales as an alternative to traditional marijuana. According to a recent report by cannabis analytics firm Brightfield Group, the increasing popularity of delta-8 THC products is causing other cannabis industries to take notice and take action. Delta-8 THC is a psychoactive cannabinoid derived from hemp that has been reported to produce similar but milder effects than traditional delta-9 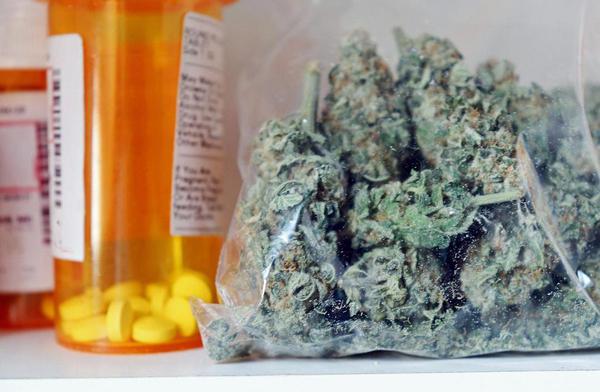 More Americans use cannabis to treat chronic pain as an alternative to opioids and other medical treatments, according to a new study. The opioid epidemic has caused thousands of deaths in the United States over the years, but a new study shows that more patients are shifting to medical cannabis to treat their chronic pain. Published in the Journal of America Medical Association (JAMA) last week, the study shows that 1 in 4 adults (25.9%) with chronic pain is turning to cannabis. The authors 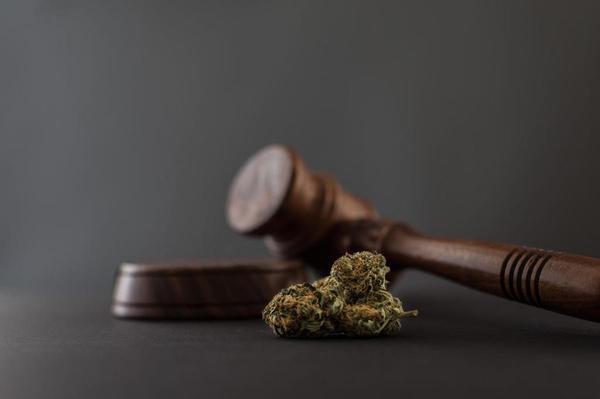 How US Constitution's Dormant Commerce Clause Is Challenging Marijuana Legislations

A number of U.S. states that have legalized the sale of marijuana are being sued by companies that have not entered the legal market, using the Constitution's dormant commerce clause as their basis for the lawsuits. While the majority of U.S. cannabis legislation aims to regulate the sector and include social equity applicants in the industry, some parts of these policies have been ruled as unconstitutional by courts when marijuana-related businesses excluded from the state market have invoked 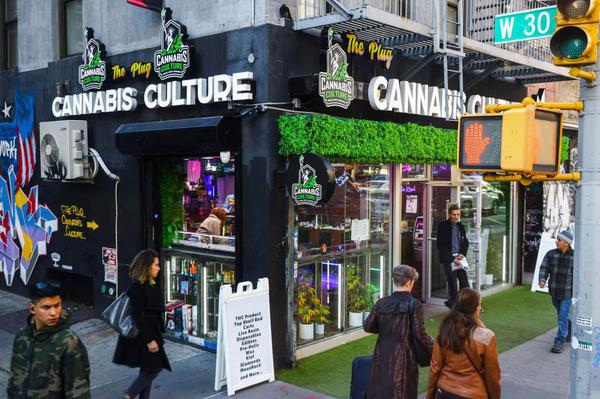 New Yorkers will be able to buy legal marijuana for the first time on December 29, when the first legal dispensary will open its door to the public. New York's Gov. Kathy Hochul announced yesterday that the sale of legal marijuana would start on December 29 at a dispensary in Manhattan, marking a cornerstone achievement of cannabis legislation in the Empire State. The shop will be run by the HIV/AIDS service organization Housing Work, one of the 36 winners of the Conditional Adult-Use Retail D 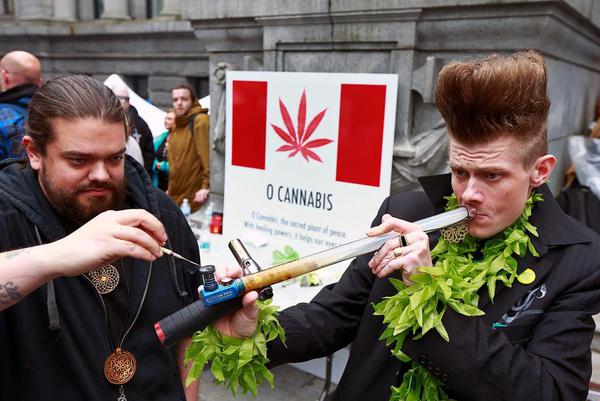 Since Canada legalized adult-use cannabis in 2018, the government has conducted a yearly survey in order to highlight the latest market and consumption trends to adjust its policies and program initiatives. Here are the main takeaways from the Canadian Cannabis Survey 2022. The data collected by the government in 2022 through a survey of more than 10,000 people who responded anonymously outline a stable situation of user preferences and show that cannabis legalization is progressing effectivel 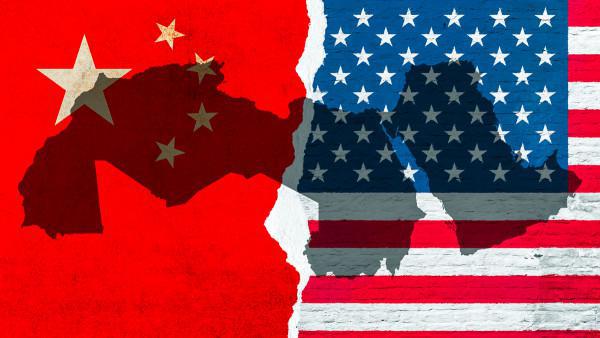 Can China replace US hegemony in the Middle East?

The recent visit of China's President Xi Jinping to Saudi Arabia to attend the first China-Gulf Cooperation Council (GCC) Summit consolidated ties between Beijing and Gulf states. The visit also laid the foundations for a partnership that might concern the United States and its allies. However, it is still unlikely that China would be able to replace American hegemony in the region. Xi visited Riyadh for a three-day trip, where he attended several meetings with leaders from Gulf and Arab count 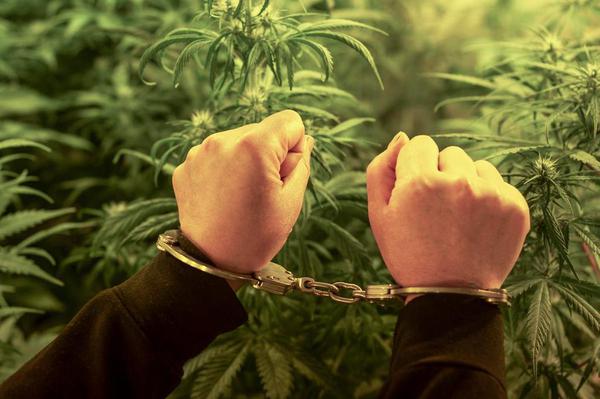 Study: Cannabis Legalization Reduces Arrests More Than Decriminalization—But It May Have Limits 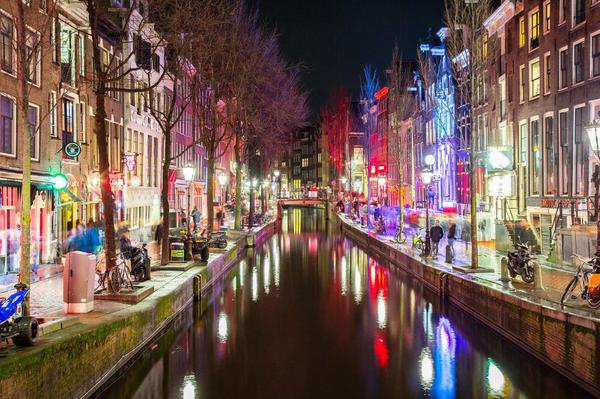 Amsterdam Wants Foreign Tourists To ‘Stay Away’ From Drugs, Alcohol, And Sex

Amsterdam's City Council is planning to launch a campaign to discourage foreign tourists from access to activities related to alcohol, drugs, and sex, and it is implementing a comprehensive package of measures to fight back 'nuisance' tourism. Amsterdam's deputy mayor Sofyan Mbarki is embarking on a "discouraging campaign" to curb tourism nuisance by limiting several popular activities in the Dutch capital. The proposed plan will affect millions of tourists that every year enter cannabis coffe 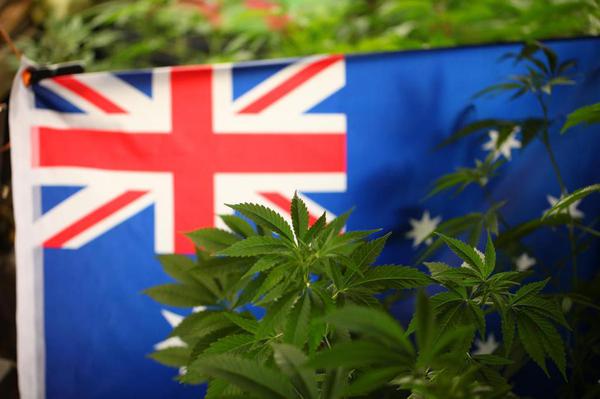 Australian taxpayers could save $850 million a year if the government takes action to decriminalize cannabis, according to a new report published last week. The public health research organization Penington Institute has found that Australian taxpayers could save about $850m each year as criminalizing people who use cannabis costs taxpayers $1.7bn a year in law enforcement costs. Since 2010, 702,866 people have been arrested for cannabis-related offenses in Australia, with nine out of 10 arres 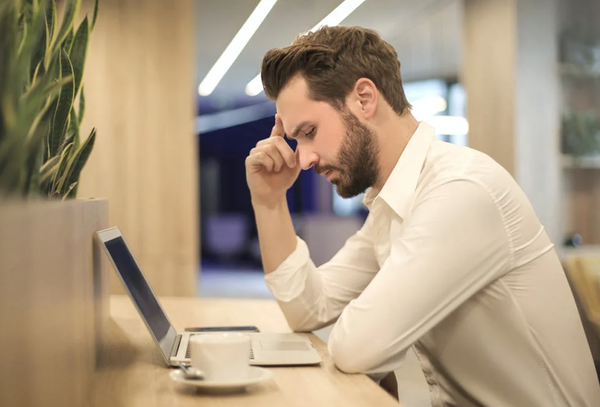 As the use of cannabis is catching on in our society due to legalization, many consumers wonder how it could affect work performance. All US legal cannabis states and countries where cannabis is legalized prohibit people from working under the influence of cannabis. However, science does not have a clear position on how cannabis affects work performance, as there is a lack of enough studies on this topic.The National Institute of Drug Abuse (NIDA) says1 that cannabis negatively affects attenti

A new report found that about 40% of marijuana products sold in New York's unlicensed businesses contain potentially harmful contaminants. The results of a survey published last week highlighted the lack of control of regulators over the unlicensed business, which may affect public health issues, and safety for New Yorkers' marijuana users. But although the report may sound alarming for cannabis users' health, it is necessary to go in-depth into the report, contextualize the findings and highli 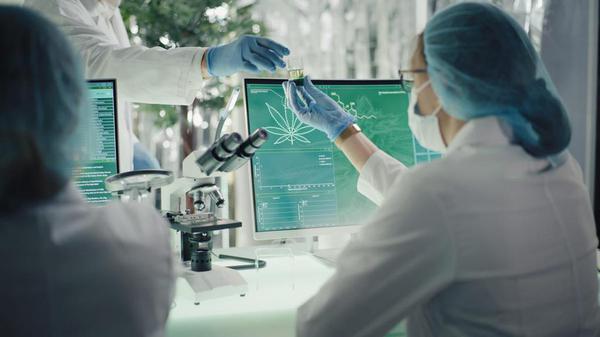 President Joe Biden turns the Medical Marijuana Research Bill into law, changing how American scientists can do research on marijuana. As anticipated by Marijuana Moment last week, the White House announced on Friday that President Biden signed the Medical Marijuana and Cannabidiol Research Expansion Act, "which establishes a new registration process for conducting research on marijuana and for manufacturing marijuana products for research purposes and drug development." The bipartisan bill wa 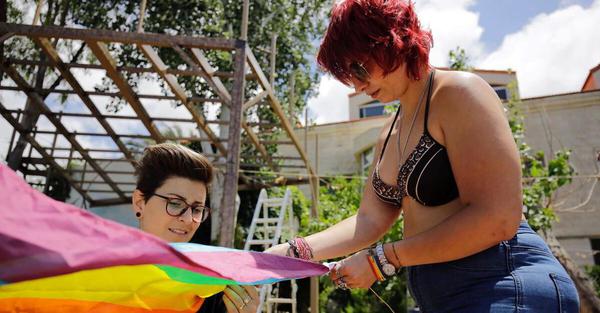 Despite the court's ruling in August, the Lebanese interior minister has continued to ban LGBTQ gatherings. 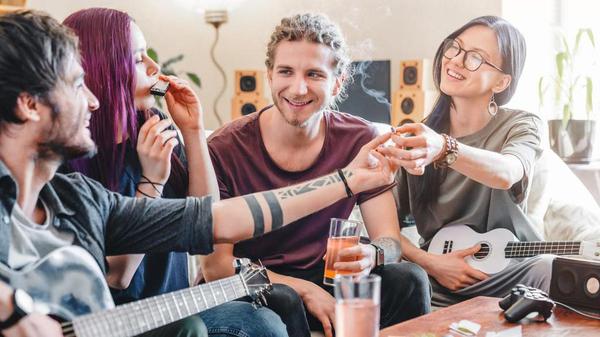 Marijuana Use Among American Youth Is Twice As Common As Cigarette Use, New Data Shows

Cigarettes seem less appealing to young Americans, who prefer to use marijuana or vaping e-cigarettes, according to new data published by Gallup. The American research firm released this week new data on cigarette consumption among young adult Americans between the ages of 18 and 29. Cigarette consumption among young adults has fallen from 35% to 12% in the last two decades, as more than twice as many young adults now say they smoke marijuana as they smoke cigarettes. "This 23-percentage-poin
Load More Articles
Close ✕